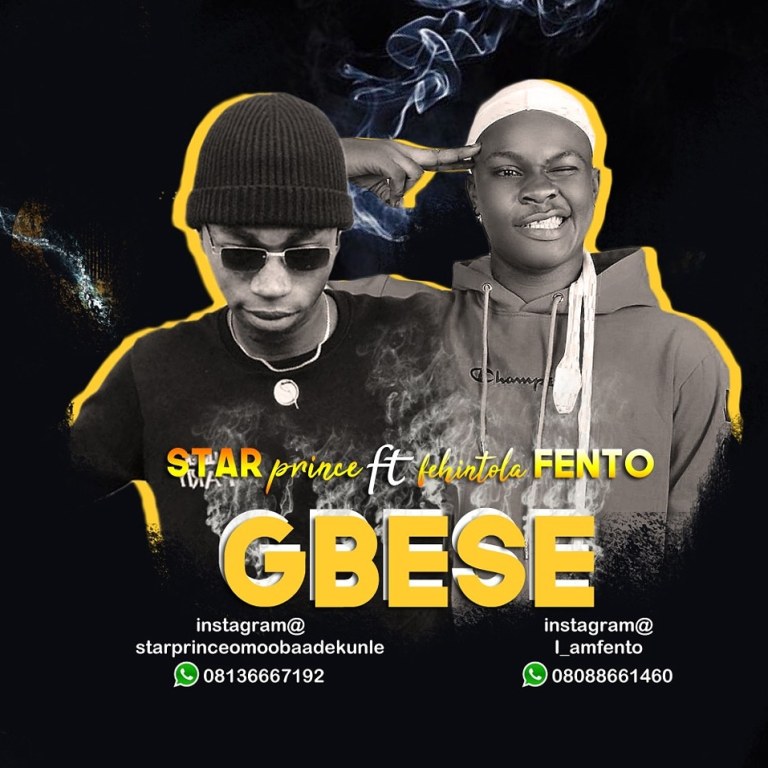 Without much introduction Star Prinz came through with the most anticipated tune of the year numbered ‘’Gbese“, Which is one of his official single of the year featuring one of the rave artist of the moment “Fehintola Fento” who drop a verse that was lit to sweeten the track more.

Star Prinz gave his fans a taste of what to expect in 2020 in this new single, Listen and share your thoughts.