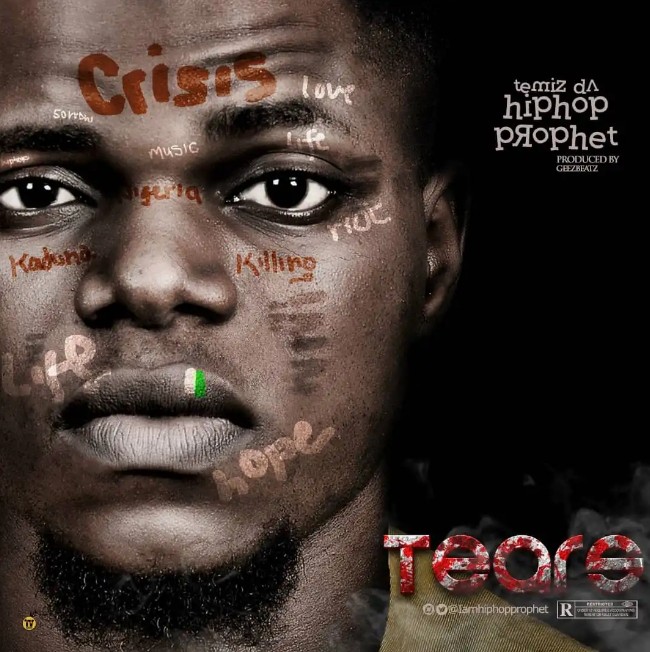 On the backdrop of the growing insurgency plaguing Nigeria in recent years, and the ongoing international grief centered around major states  in Nigeria , Kaduna and other  States in Nigeria, temiz Da HipHop Prophet  has released a new song “Tears” inspired by the events.

As a young man who grew up in Niger state, Nigeria, Temiz Da HipHop Prophet  says he has seen what war, strife, and insecurity can do to the minds and emotions of people. ‘I wish there was more to be done, but now I can only offer prayers and support to the families of all those who have been affected by the acts of terrorism and ethnic violence.‘

SkyNaijaMusic Media  said, ‘We realized that this was an emotional project for Temiz Da HipHop Prophet , an orphan who has himself lost friends and loved ones to violence in the Nigeria and totally suppor it‘.