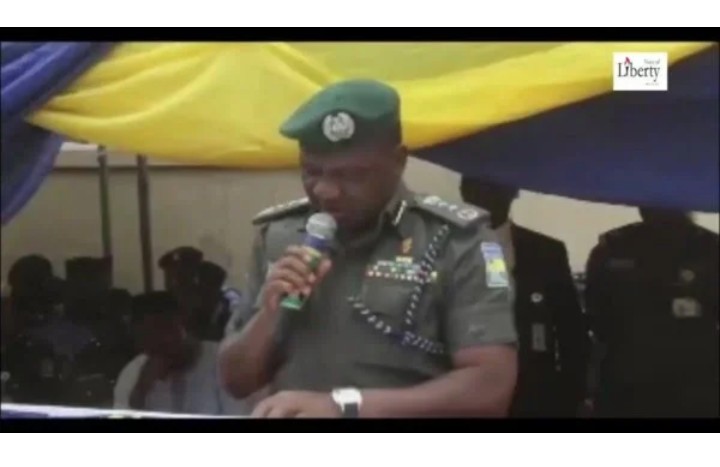 [Video] Inspector General of Police turns into a Stammerer

Inspector General of Police,Ibrahim Idris, was in Kano on Monday to commission the Nigeria Police Force Technical Intelligence Unit.

While there, the IG gave a speech on…something that is not quite clear.

Reading the speech out loud from a sheet of paper, the IG kept missing his words, correcting himself and rereading.

He was eventually assisted by another official, but he still was unable to continue with the speech.

This is nothing but a bunches of embarrassment on the Nigerian police force, the inspector General of Police Ibrahim idris kpotum couldn’t even read what was written down on a shit paper, I wonder how he have his certificate at hand should we say his scared of the mass or he haven’t experienced standing in front of people like that. I could hear him saying was “i mean, i mean”. This just a disgrace to entire Nigerian armed forces.