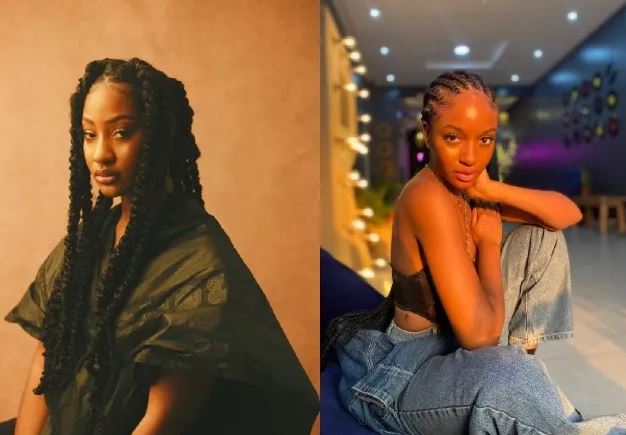 Nigerian female singers, Tems and Ayra Starr showed off their banging bodies in bikinis while having fun at a swimming pool with their friends.

Ayra posted a video of herself and Tems on Instagram on Thursday showing off their bodies.

In the video, Tems is seen smoking a cigar while flaunting her backside in a white and red dotted bikini as Ayra poses in a black one.

Ayra often shows off her body on social media.

Tems on the other hand does not regularly take photos in bikini.


See reactions to Tems smoking below;

“You wanted her to be bashed for smoking?, with her own mouth?.”

“If you ever think she don’t blaw after listening to her music. Then I no get sense 😂😂. She deep gon”

“Na only Igbo fit make those people give good songs.”

“So wetin con happen if Tems Dey smoke? Make we fry stone chop? No be human being she be?”