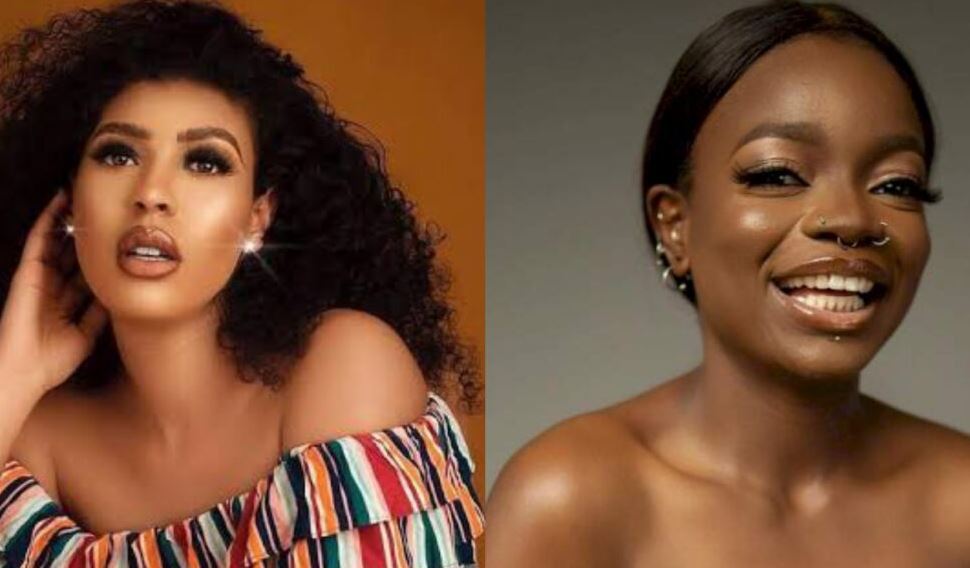 The duo, who were close friends in the house, traded words during the show over disloyalty in their friendship.

The duo, who were close friends in the house, traded words during the show over disloyalty in their friendship.

Nini knocked Arin for supporting Cross when they (Nini and Cross) had a quarrel in the house over cleaning activities.

Arin had also accused Nini of not speaking up for her when Pere called her (Arin) ugly.

Nini said, “Yes, I am angry at you because they said you left a comment on Cross’ page. And it was convenient to say that we’re spreading love and light.

“But then, it’s not convenient for me not to speak immediately when somebody else insults you. It’s something to hold, right? But it is okay for you to spread love and light.”

“Can you see how insane that is? That’s Instagram. I’m a human being,” Arin fired back.

Nini noted that though Arin said she wasn’t the one handling her page, Arin should be responsible for any comment from her page.

Nini said, “Arin, it doesn’t matter if you don’t handle your page but your people should know your people. Whoever handling your page will know you are my girl and they wouldn’t leave that comment no matter what.”

She noted that Arin never reached out to her after they spoke about the issue.

However, Arin honoured her invitation to an event and didn’t speak about how she felt, only for the matter to be brought up during the reunion.