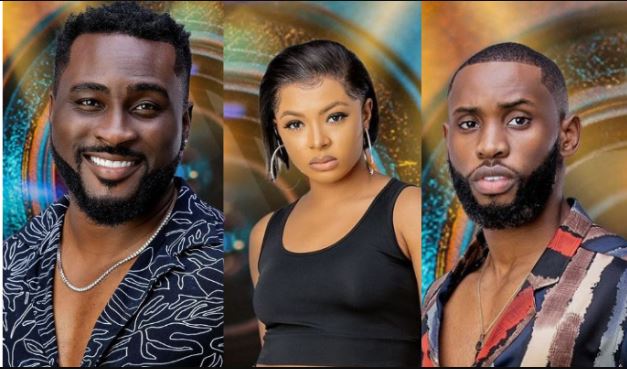 The trio made up Family One team in the task while Family Two comprised of other housemates, Angel, Cross and Whitemoney. 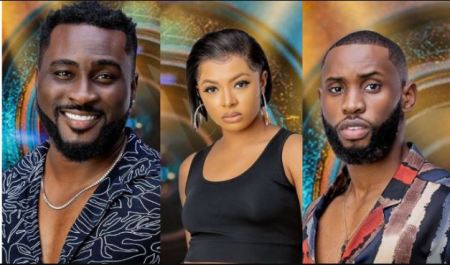 Big Brother Naija housemates, Pere, Liquorose, and Emmanuel have won one million naira in the Airtel Nigeria task on Wednesday, Day 67 of the show.

The trio made up Family One team in the task while Family Two comprised of other housemates, Angel, Cross and. Whitemoney.

The entire task was divided into five games which saw the finalists battling for the prize. The first stage was the jigsaw puzzle where the teams were to reacreate a picture by assembling puzzle pieces.

Other games included the Big Foot Race, as well as the Egg Relay game which required the housemates to race but instead of a baton, pass on a relay egg balanced on a spoon in their mouths.

The Blindfold game was the fourth which required a representative of each team to race blindfolded on a track and touch all branded boxes lined in the way. The task ended with a game of charade tagged ‘Sharelympics.’

Family One team won most of the games including the Jigsaw and Relay Egg. After the games, all the housemates converged at the lounge where Big Brother announced and congratulated Family One as the winner.

Asides the one million naira for the winning team, all the housemates were gifted an Airtel family plan package which they would be able to access when they exit the house at the end of the show.