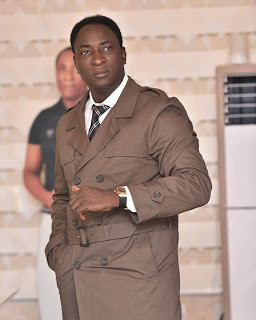 Controversial and faceless Instagram blog “Gist Lover” has suffered public lashing after posting fake news alluding to an affair between Billionaire Prophet, Jeremiah Omoto Fufeyin, and fast-rising international Interior Designer and CEO of Sayaveth Interiors, Ehi Ogbebor.
One such protest came from popular Nigerian Comedian and Presenter, MC Okpeke on the “MC Okpeke Show”. He used the case of Prophet Jeremiah Fufeyin, Senior Prophet and founder of Christ Mercyland Deliverance Ministry, who had, a short time ago, been falsely alleged to be having an affair with Ehi Ogbebor of Sayaveth Interiors, in the same incorrigible fake news- blog.
The comedian shared the story of how Ehi Ogbebor was contracted for the furnishing and finishing of the Omoto Fufeyins’ family home in Warri, Delta. The Interior Designer went on to share the news of such a major collaboration on her social media, saying that she was grateful for such an opportunity and that the Omoto Fufeyin mansion was an unrivaled edifice in Warri, Delta. The notorious Gist Lover manipulated and distorted this information, maliciously suggesting an illicit affair between both parties.
MC Okpeke expressed utter disgust at the antics of the notorious blog, popular for blackmailing celebrities and big- names by peddling unfounded rumors about them. He also went on to implore Nigerians not to indulge or dilly dally in the negative media that Gist Lover promotes.