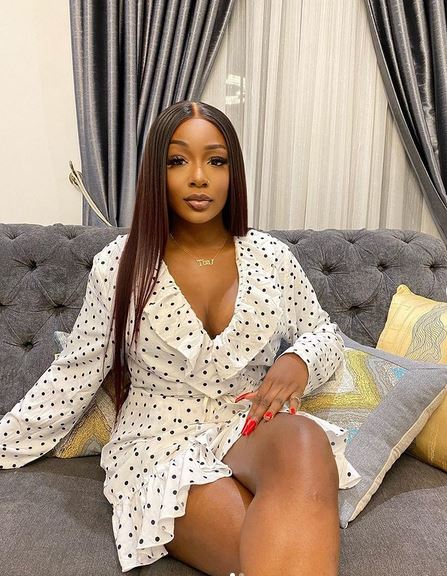 Ex-BBNaija housemate, Tolani Baj has been dragged on social media after she told men to send women gifts and money to get their attention.

In a post shared on her Twitter page, the discjockey said that if a man likes a lady, he should send her money.

According to her, it is the easiest way to stand out from other men who are trying to get her attention in her social media DMs.

Tolani Baj added that it’s 2023 and men had better wake up if they’re still wondering why they’re not getting noticed by the women they like.

“If you like a babe, send her gifts and send her money. Simple

This is the easiest way to stand out from the rest of the men in her dms.


Stop wondering why she isn’t showing any interest.

This has elicited divergent views from social media users who wondered whether relationships have turned to a sort of poverty alleviation scheme.