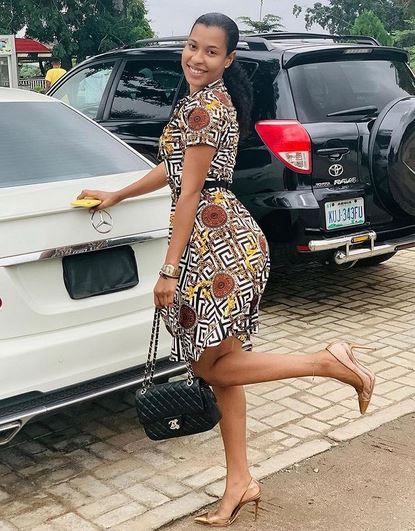 “Saga Never Asked Me Out, I Have A Boyfriend” – Nini Tells Whitemoney (Video)

Big Brother Naija Shine Ya Eyes housemate Nini has stated that she is not in a relationship with Saga.

This happened after Whitemoney told the new housemate, Michael, that she is taken in the house.

Saga has so many times expressed his feelings for Nini but she insisted she has a boyfriend outside the house.

However, both housemates seem to be seen together at every corner in the house which got housemates tagging them as ‘lovers’.

This did not go down well with Nini as she sat Whitemoney down and told him to stop putting her in a box in the house.

Nini told Whitemoney: “Don’t put me in a box, I’m not in a relationship with Saga.

“He’s not in a box so you guys should stop pitching us together.

“We’re just chilling, he’s never asked me out because he knows I have a boyfriend. We are friends. I respect his feelings and he respects mine too.”