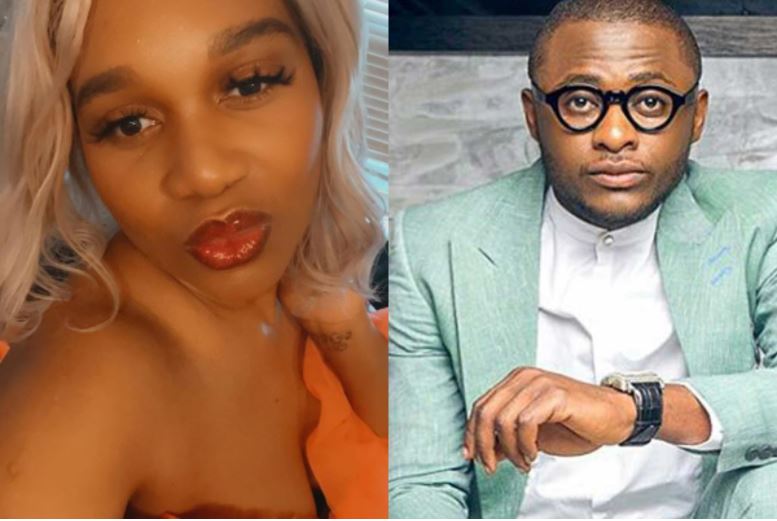 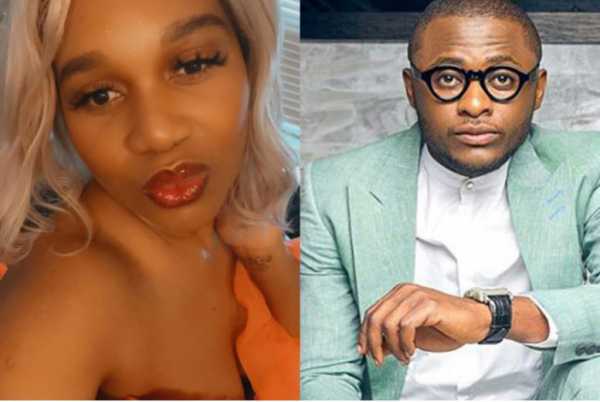 Businesswoman, Sandra Iheuwa, who claims she is expecting Ubi Franklin’s 4th baby, issued a stern warning on her Insta stories hours after the music director posted a picture of himself and their daughter.

Her warning came hours after Ubi Franklin, with whom she shares a daughter, Ariella, posted a photo of himself and Ariella on his instastories.

Apparently, Sandra found it offensive and took to her IG page to send him a stern warning never to post their daughter on his page again.

In the post she shard, she revealed that he has never contributed to the upkeep of their child since she was born.

She stressed that if she goes to the US where she was based and had Ariella, to file child support, he would be forced to pay through his “nose.”

She mentioned that he has no right to post their daughter as she doesn’t bear his name and his name isn’t on her birth certificate.

See what she posted below: 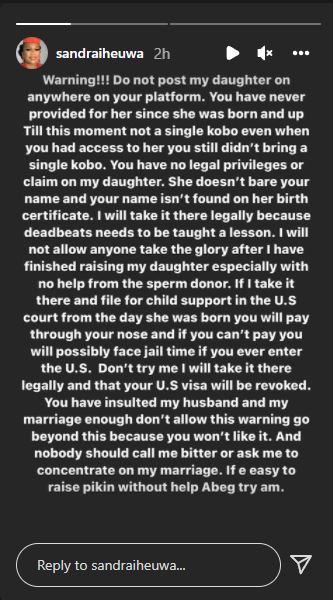 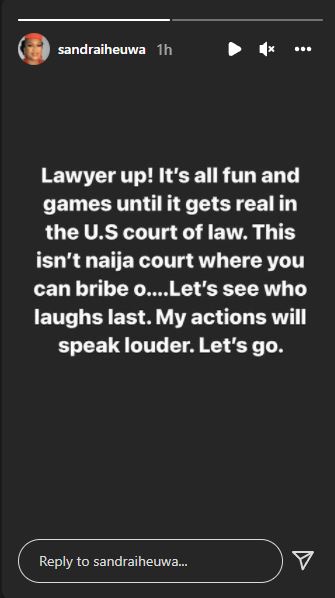