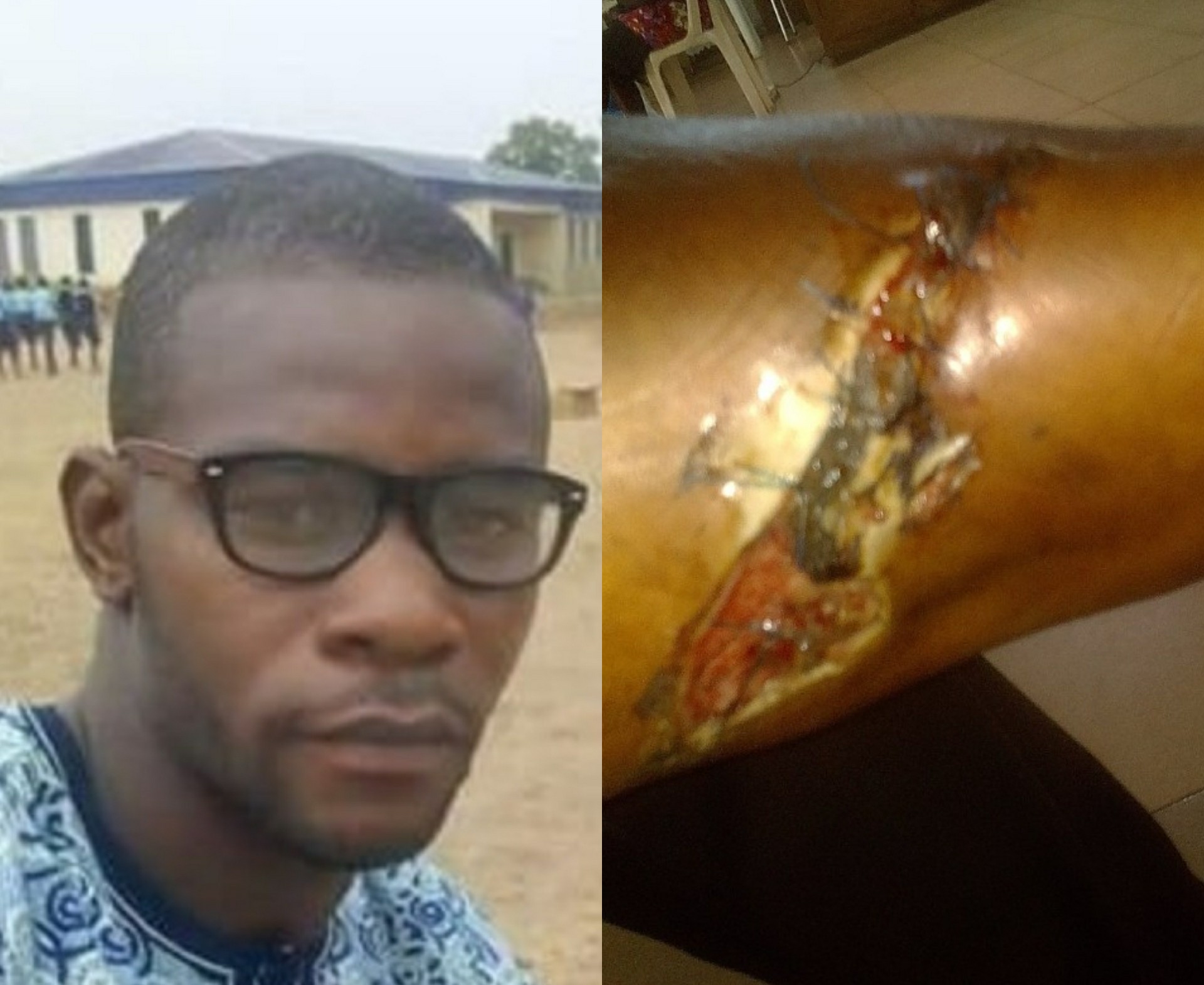 A Young man who’s teaching career has been cut short after been assaulted by SARS has cried out, Bekenne Oladele reached out Popular Twitter Activist and Lawyer Segalink that he was shot on the leg by SARS officer last month in Ogun state, and up till now nothing has been done, His teaching career is held down because of this, According to him, he demands justice.