It appears that Seyi Shay has been gunning for peace with Tiwa Savage as she has recently been seen showing her love to the Afrobeats singer on certain occasions.

The first was during her time at the beach with friends where she was captured dancing in swimwear to Savage’s hit song, “Koroba”.

This occurred shortly after the duo locked horns at a highbrow salon in Lekki, Lagos.

Read Also: Fans Are Pressuring Me To Get Married – Seyi Shay

The second one was when the “Gimme Love” singer shared a post on her Instagram page with the caption:

“The future is bright…” 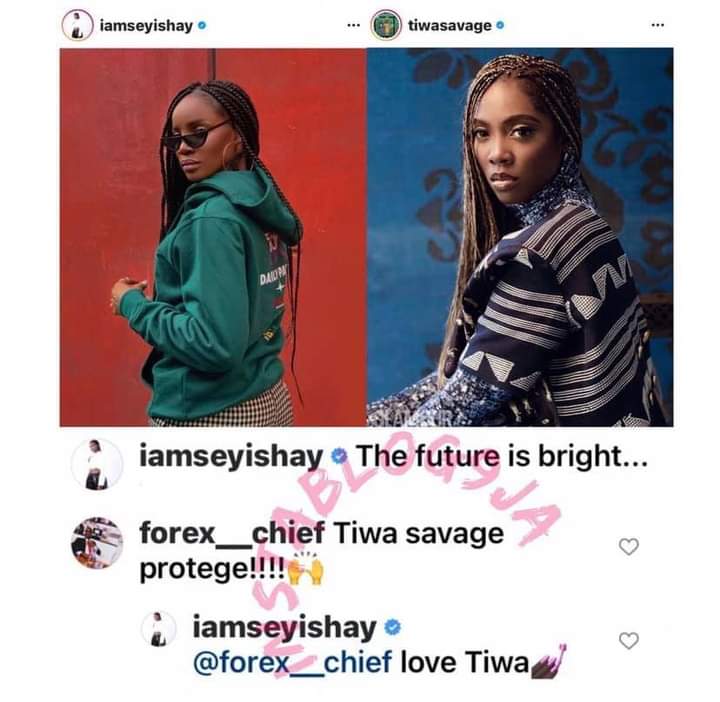