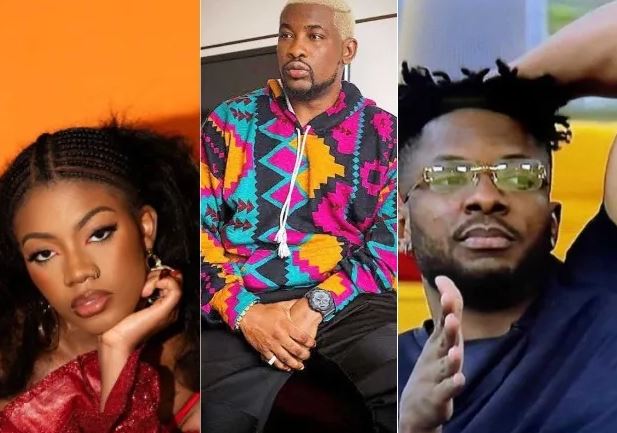 BBNaija housemate, Angel has fired back at OAP, Dotun after he slammed her for mentioning all she did for her colleague, housemate, Cross on national TV.

Angel had during an episode of the reunion show which aired last night, mentioned some of the things she did for Cross which was not reciprocated. She further revealed that was why she ended their friendship.

According to Angel, she cooked for Cross three times when he was sick and gave him money when they were in Dubai after he ran out of cash.

Commenting on this, Dotun stated if anyone comes on TV to tell the world what they’ve done for him, then it was never from a genuine place.

”If you would come on live tv to tell the world what you have done for me then it was never from a genuine place. You either did it for a stake or you did it cos you need to hold it against me #BBNaijaReunion”

Reacting to this, Angel wrote “shut up“.