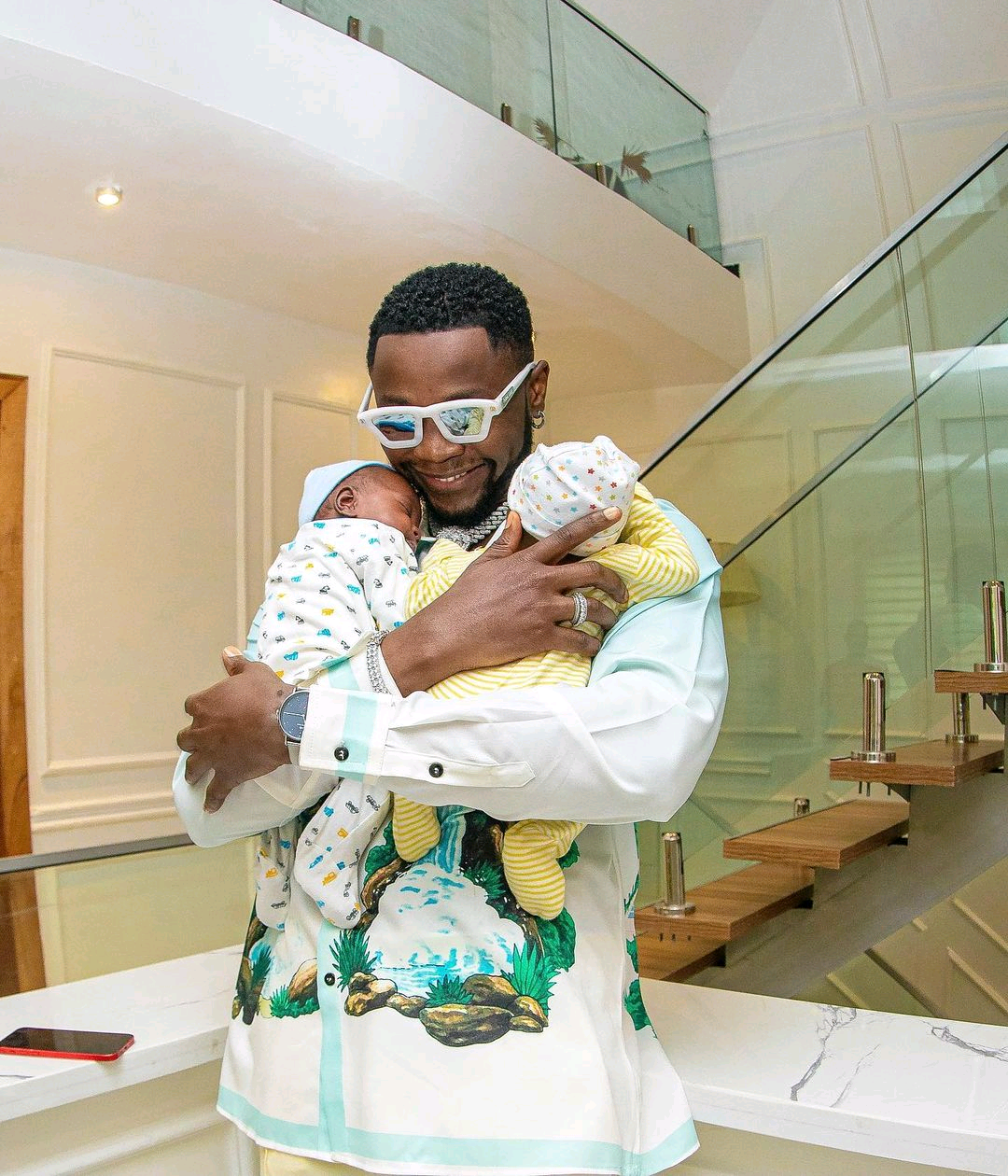 Singer Kizz Daniel Reveals He Had Triplets But Lost One

Popular Nigerian singer, Daniel Anidugbe, alias Kizz Daniel has revealed that he initially did not have twins but triplets. However, he lost one four days after.

The singer also shared pictures of the ultrasound scan to prove that he indeed had triplets until one of them died four days after birth.

“GOD blessed me with 3 boys a while back 🙏🏽 JAMAL, JALIL and JELANI (triplets). 4 days after i lost JAMAL. Nevertheless, I made a promise to him that I’ll be the best father in the whole galaxy to his brothers….. Congrats to the latest Home owners in town , Jelani and Jalil ❤️ My first gift to my sons 🥰 #Okunrinmeta,” he wrote.