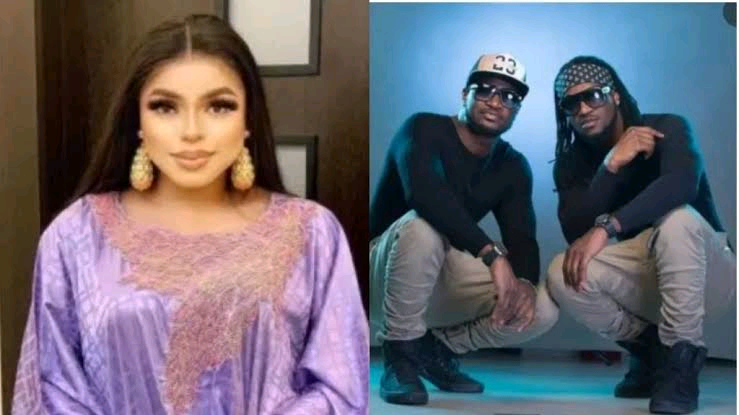 Controversial crossdresser, Idris Okuneye, alias Bobrisky has shared his take on the rift between Paul and Peter Okoye, the now-defunct Psquare duo.

Taking to his Instagram page, the popular drag queen writes that the fans are the problem as they have been comparing the successes of two blood twin brothers.

“At this point, these so called fans are our problem. Why would you compare two blood (Twin) success among themselves. You are praising one and making the other one feel bad. Really? What happened to you praising both of them effort? You just don’t like peace among the two blood? Damn.”