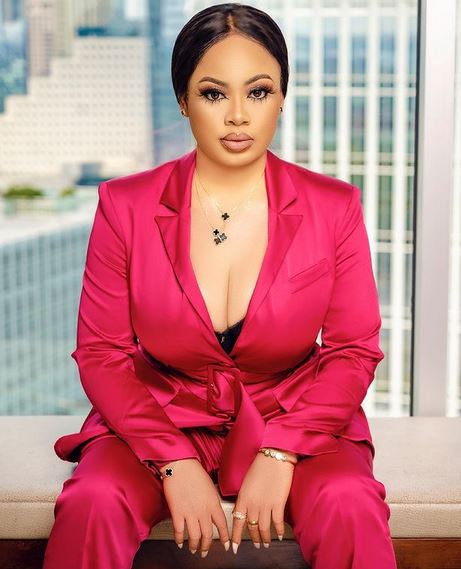 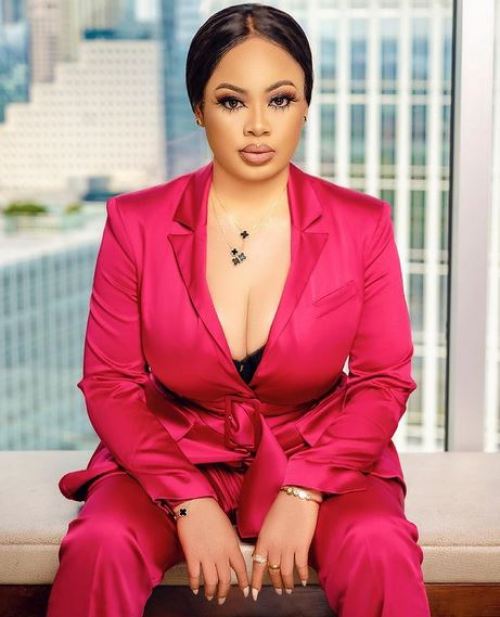 Nina, a former BBNaija housemate, has asked Nigerians slamming housemates who had s3x in the house to stop playing the role of God.

Nina said this while reacting to the backlash Dorathy and Ka3na of the BBNaija ‘lockdown edition received after they revealed that they were sexually involved with male housemates, Brighto and Praise respectively during their stay in the house.

While Dorathy revealed that she performed oral sex on Brighto, Ka3na revealed she had s8x with Praise.

Nigerians took to the comment section on all social media platforms, bashing the ladies.

Nina via her Instastories mentioned that Nigerians should stop playing Jesus and allow Jesus to play his role. 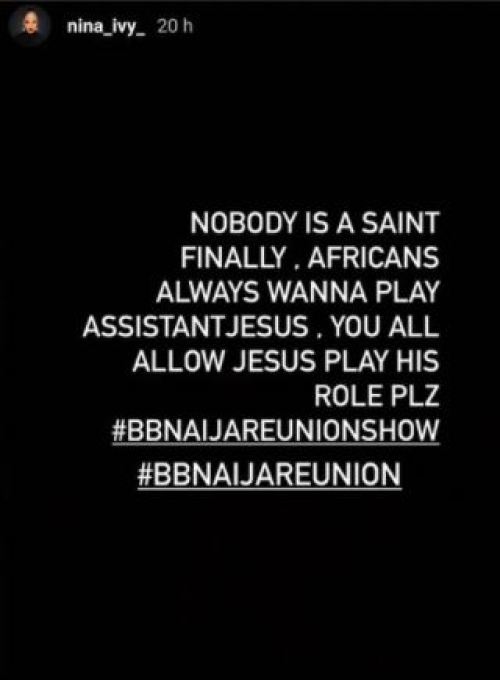