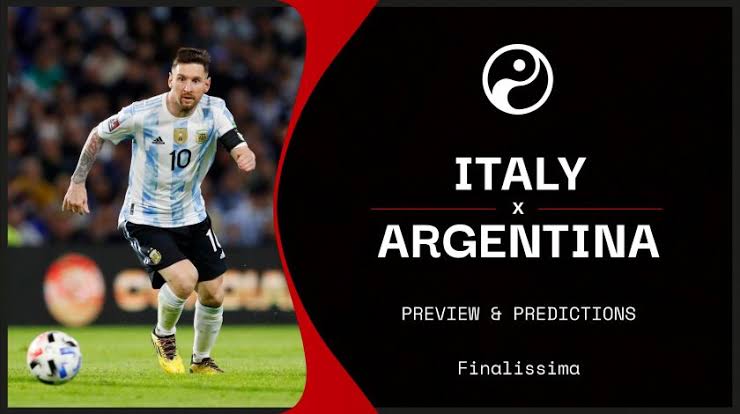 Both teams have met 15 times officially, leaving a balance of 6 wins for Italy, 4 for Argentina and 5 draws live on Entzhood

After a 19-year hiatus, the Conmebol-Uefa Cup of Champions returns, with the winners of Copa America and the European Championships going head-to-head.

Though their failure to once again make the World Cup will still be raw, Italy remain a force and can take solace in their status as European champions — beating England in the final last summer, of course. Roberto Mancini’s side beat Turkey 3-2 in a friendly back in March to help wash away the sour taste of their defeat to North Macedonia, but there’s no doubting lifting another trophy at Wembley would be the ultimate tonic.

After 18 years and four final defeats, Argentina finally recaptured the Copa America trophy last year, beating Brazil 1-0 to seal what was also Lionel Messi’s first-ever international title. Since then, La Albiceleste have cruised into the 2022 World Cup with an unbeaten record, finishing second only to Brazil in the Conmebol table. In fact, Argentina’s last defeat came all the way back in the semi-final of the 2019 Copa America against Brazil, 31 games ago. Maintain that record and Messi can add another piece of silverware to his collection.