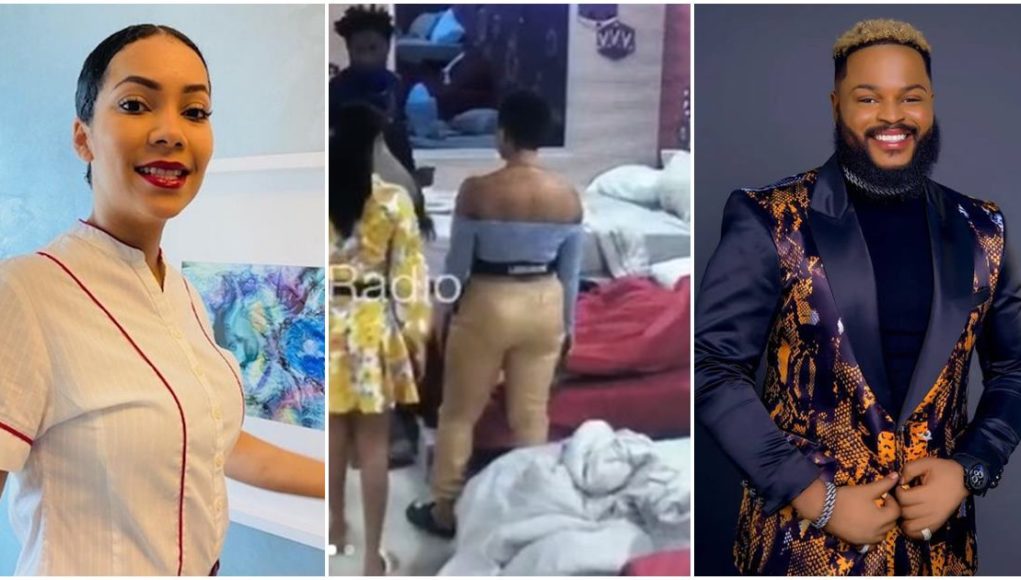 A BBNaija season 6 housemate, Maria has left other housemates fuming after throwing away the food Whitemoney prepared and served her.

Even head of house, Boma was livid over the incident and confronted Maria who grudgingly apologized.

Maria threw the food that was served to her by WhiteMoney because the housemates were discussing about poo in the toilet while she was eating.

Angered by that, she threw the food away.

Reacting to the scenario, Tega reprimanded her as she addressed Maria’s behavior as rude. He also stated that she walked away while he was talking to her to address the issue.