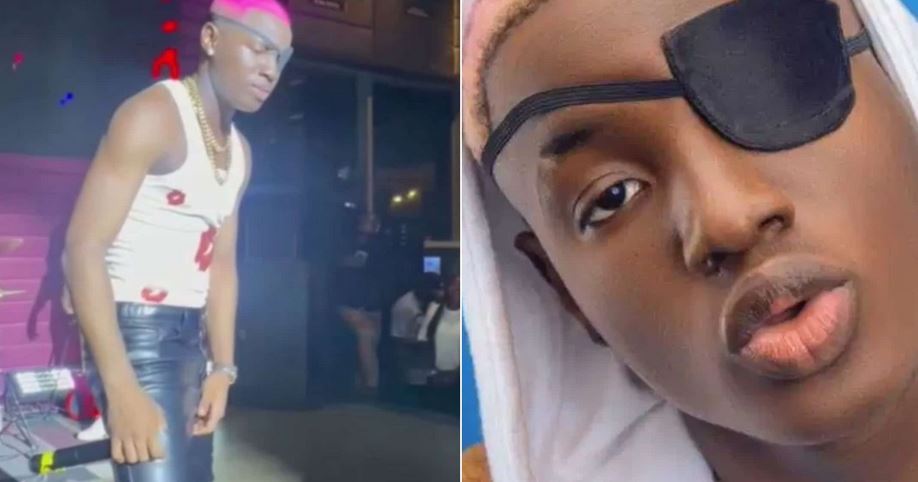 The Moment Singer, Ruger Angrily Walked Out After A Fan Grabbed His M*nhood On Stage (Video)

A video has captured the moment popular Nigerian singer, Michael Adebayo, aka Ruger, was s*xually assaulted on stage while performing.

A female fan grabbed his m*nhood when he moved to the edges of the stage.

Angered by the incident, the singer stood staring at the fan before he walked away from the stage.

@Novieverest, “Watched the s3xual assault video of Ruger and I feel traumatized too. It’s so scary, the man was just performing his craft and someone took away his joy and peace. Imagine other men that go through worse daily but can’t say because the world would mock them. The world is unjust.”

@Jayboss, “This is madness and glaring sexual assault. Men aren’t safe anymore, I’m literally shaking right now, my thoughts are with Ruger, I really hope he’s mentally fine. That lady should be convicted.”

@_jranthony, “Sadly if Ruger had done anything to that lady that harassed him on stage he would have been dragged for violence.”

@itsbasito, “Ruger handled the situation well, he couldn’t have reacted better than that. He knows as a celebrity he is at disadvantage. If he reacted with violence, nobody would have cared about what happened, same people, telling him to boot the girl would have dragged him for his action.”