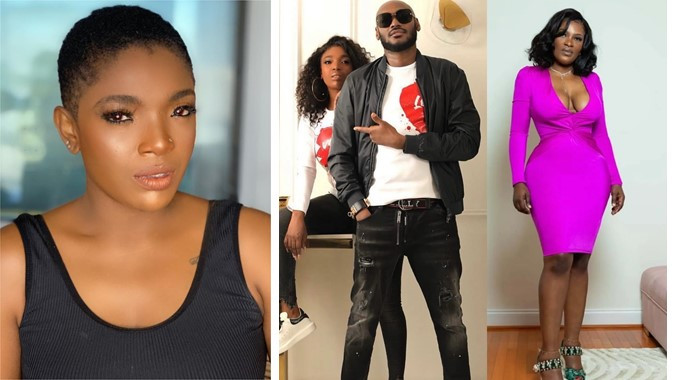 Popular Nigerian singer, 2Baba’s baby mama, Pero Adeniyi, has broken the silence concerning her involvement in the drama in the singer’s family.

In September, 2Baba’s wife, Annie Idiba, took to Instagram to call out her husband for alleged infidelity involving Adeniyi.

In a now-deleted post, the actress wrote, “What kind of man takes his kids to Disney and spends nights in the same apartment with his kids and their mother! How many times have you gone to see your kids with Pero and she stays with you and the kids under the same roof for nights?”

Her posts led to a reply from the singer’s brother which further broke into a war of words between Annie’s family, and her in-laws.

The 43-year-old Pero stayed silent for most of the ruckus, only once taking time to warn off trolls on her page.

The mother-of-four, however, took to Instagram on Saturday to break her silence on the matter.

The US-based make up artiste, who recently returned to Nigeria, said she had decided to keep silent so as to guard her own version of the truth.

She said, “You are asking me to speak, if I told you my truth, would you believe? Would you not poke holes in it? My truth is special to me, those that know me know the truth, that is all that matters.

“I will continue to guard it. Even the liar that started this madness knows the truth but needs the lie for relevance. Very soon, the truth will be out for all to see clearly, without a doubt, no one is invincible, so please continue to enjoy the lies for anyway.”

Pero, who had three children for 2Baba, also said she will continue to remain unbothered even with the constant insults and dragging.

“Insults and dragging are yet to kill a person, no be today Una don dey comment una rubbish, continue to drag like small gen, when hand pain una, Una go stop. #unbothered,” she said in pidgin.