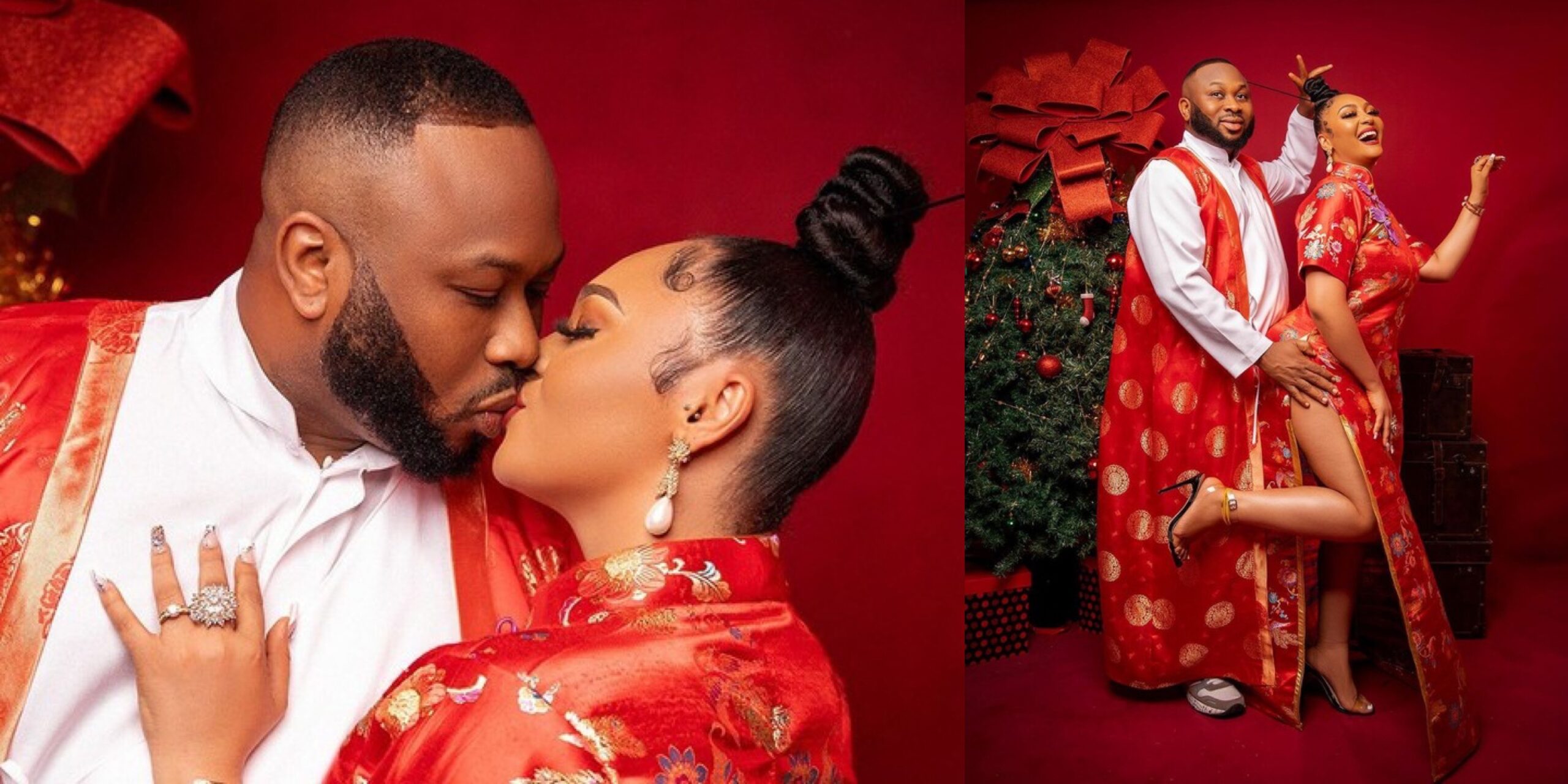 “Una go break up soon,” – Rosy Meurer surprises troll that laid a curse on her marriage

Rosy Meurer, a popular Nollywood actress, is unconcerned about a troll’s curse on her marriage to Olakunle Churchill.

The actress, who has been chastised for marrying Tonto Dikeh’s ex-husband, has a different reaction to a troll who expects her marriage to end.

Rosy had shared a family photo on Instagram, which was welcomed with adoration save for one comment that read, “Una go break up soon, law of Karma.”

In response, the mother of one stated that rather than blocking the troll, she would keep the fan around to experience the greatness of their union.

She wrote: “@barbiejuly I will not block you. I want you to be here to witness all the beautiful memories My husband and I will make till we are old”.