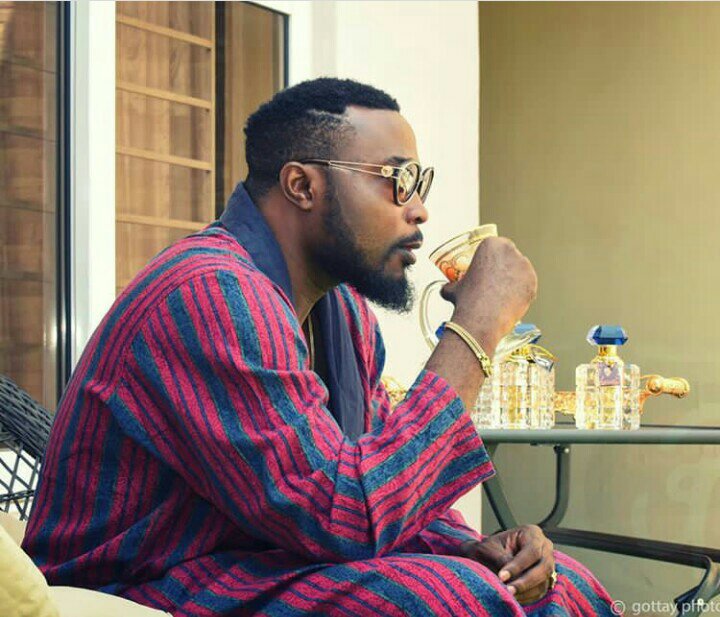 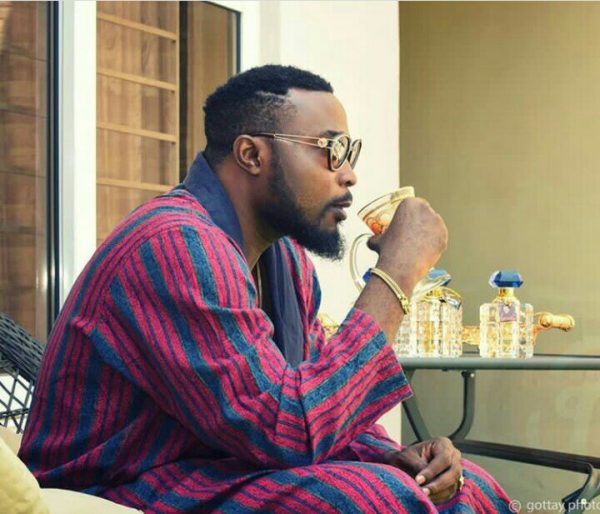 Wale Jana has taken to his social media to advise women on what they must stop saying if they want to meet a good man.

The star stated that women should stop the “men are scum” narrative to avoid meeting that type of men.

Wale said many ladies just say this but inside them, they need a good man that will take care of them.

READ ALSO:Wale Jana Apologizes To His Investors Over Unpaid Debts

He also said that some women don’t believe they deserve a good man which is not true as every one needs to be happy and loved.

Wale concluded saying that they should try to change their mindset so they can be able to get someone better. 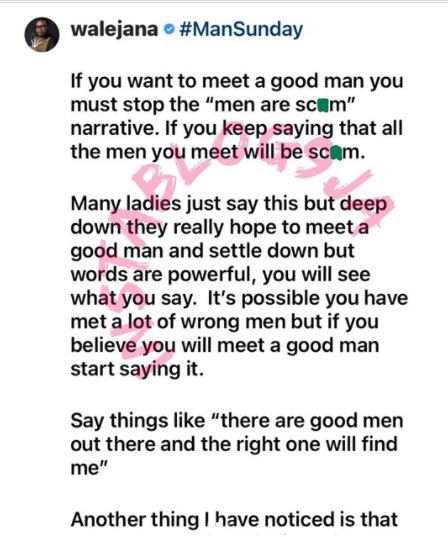 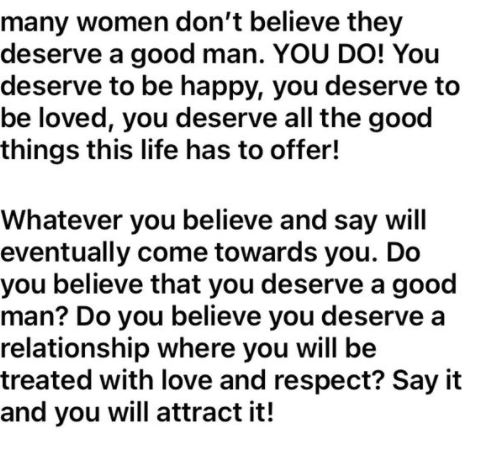