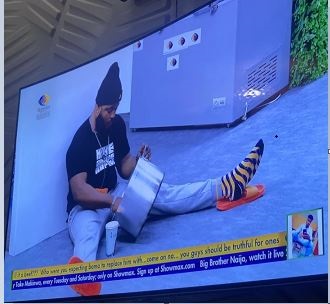 Whitemoney Eating From Pot, Playing Around During Morning Workout (Video) 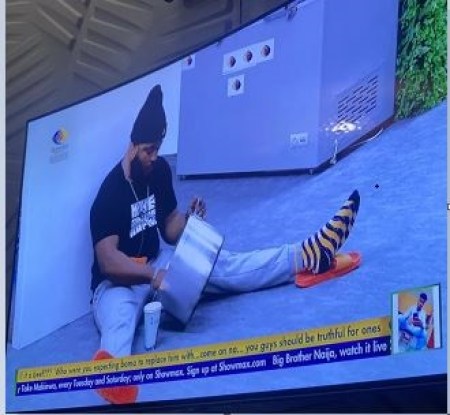 One of the most liked housemate in the ongoing BBNaija ‘shine ya eyes’ reality show, Whitemoney has been caught eating from the pot.

Whitemoney who is up for eviction has since the beginning of the show elected to be the chef of the house.

Just some days ago, White money was caught eating from a pot while sitting on the floor and also refused to take part in the General morning workout exercise.

These two funny act has generated a lot of reactions on Twitter as fans praise him for being too real on the show. This further proves that he is a very funny fellow which makes people to love him easily.