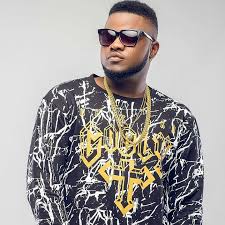 Skales says he is inspired by his friend and colleagues Wizkid, Davido and every other Nigerian artiste doing great things and “putting the country on a different level”.

Speaking on Wednesday in an interview with BBC’s DJ Edu, Skales, who was Wizkid’s former label mate, said he gained exposure by listening to songs made by artistes from other countries.

“Listening to musicians in other parts of the world gave me that exposure that I needed and made music more interesting to make,” he said.

“Music is not all about making money for me, honestly, I do this for the love even though I have a team that has to eat so I have to be innovative with it. It’s very fun and inspiring because I am inspired by my own story.

“It’s not only me, I won’t take all the credit, I’ll have to big up everybody from Wizkid to David, people that have been putting the country on a different level, raising the bar high. I want to give a big shout out to them, they inspire us.”

Commenting on his forthcoming album, Skales said he has collaborated with various African artistes through random meetings.

“Just take your studio with you because anything can pop up,” he said.

The ‘Coolu Temper’ singer said the album will no longer be released on June 22, adding that “we will hold it back for a week or two”.