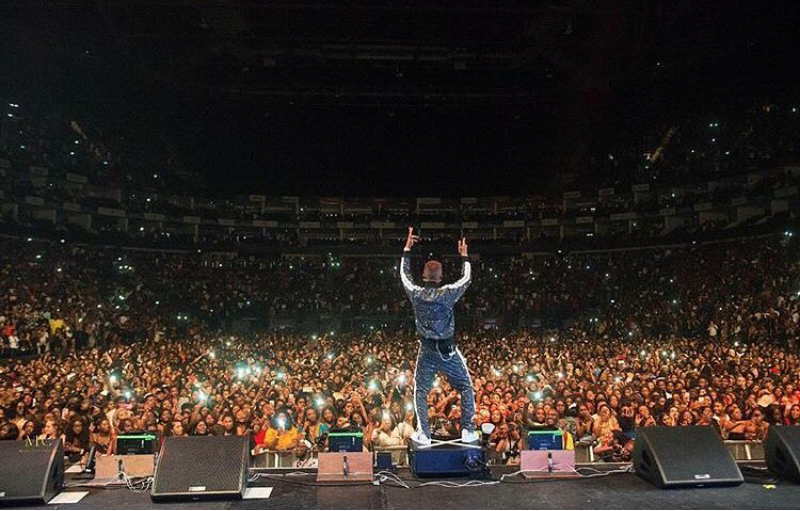 Nigerian Musician and Starboy Boss, Ayodeji Ibrahim Balogun popularly known as Wizkid made the whooping sum of 800,000 pounds from the ticket sale of his Afro Republik Festival in London which is approximately N384,332,000.

The concert of 20,000 seat capacity was sold out 7 days before the event day, and wizkid let his fans knows about his joy in his instagram post, where he opens that he just sold his first Festival.

But very few of us knows how much he actually made.